Update time! So this weekend was filled with smiles and laughter. I first of all want to give a shoutout to my friend/hairdresser Shay. She fit me in to her busy Easter weekend schedule, last minute might I add, for a hair wash, dry, trim AND style. She’s the bomb. If you’re in Nashville go see her at Troubadour Salon.

Then it was Easter with my family. It was so nice to see my family. And to see them see that I’m ok. One drain is a lot better than 4. It was way easier to hide.

Speaking of drains I still have this one hanging around. It’s filling up too much to be taken out. I got the other two out on Friday. It felt amazing!!! Ok so it stung like the dickens when she pulled them out, but it felt amazing afterwards! Hopefully will get the last one out this Friday. 🤞🏻

Today was a big day! I went back to work for a few hours which was so nice. Then I went to meet my oncologist.

My oncologist came in and talked to me. She said she couldn’t believe it. She said she thought she was looking at the wrong records. Basically because she saw that I was going twice a year since I was 17 and we didn’t catch it until now. She said I did everything right by keeping up my appointments. Sometimes this just happens.

I asked her what stage I was. She said because of lymph node status I’m considered a stage 3a. Not gonna lie that scares me. I thought it was considered maybe a 2. Definitely not a 3. But that just makes me realize that I need to fight that much harder.

My “cocktail” will be AC + Taxol. You probably have no idea what that means. Honestly I just know AC is the hard part. Taxol will be easier on me. So what they are thinking is AC will be given to me 4 times. This will be done every 2 weeks. Then I will have Taxol every week for 12 weeks.

I’m highly considering cold capping. This means basically icing your head before during and after your chemo treatment. This will help with losing hair. I still may lose it all but it’s worth a shot. In the mean time I’m going to be doing some wig shopping!

I probably won’t be starting chemo for another month. She is wanting me to have a PET scan done first, and some heart tests. A PET scan is basically a cancer scan for your whole body. Then they will put a port in for the chemo.

I just want to quickly give a shoutout to people who have contacted me. Strong amazing women who had the courage to go get screened. This is one that I got the other day. It’s amazing.

It takes courage and strength to go in for these kinds of test. I know because I’ve been there. I’d be lying to you if I didn’t tell you I’m scared to death to get this PET scan. I am. It’s scary. But it can save my life. So you got to put your big girl panties on and do it. Gah I hate that saying. Haha! But really I’m just so proud of you guys.

My oncologist told me that she was just talking to her colleagues about the increase of Breast cancer patients that are in their 20’s and 30’s. She said the problem is mammograms tend to not work as well on younger women because of dense breast tissue. And MRI’s are only insurance approved on women that are high risk. It’s crazy. It’s sad. It’s NOT ok. Hoping this changes soon.

I want to say thank you for the people who have reached out to me regarding what to expect during chemo. I was trying to write this blog to help others but it’s helping me just as much. If not more.

I appreciate you all! 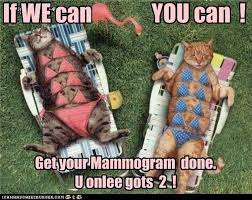 42 thoughts on “The Waiting Game”